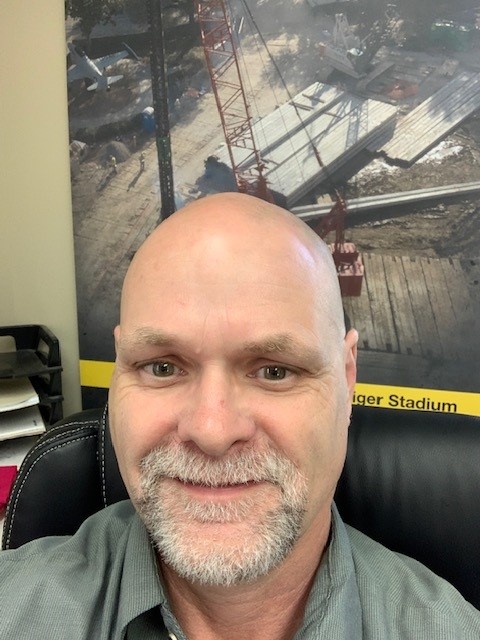 Matt Patrum has now dedicated 20 years of his professional career to International Construction Equipment® and has not only had a positive impact on the systems used in the daily assembly of the world class machines, but the people as well. Originally born in North Wilkesboro and growing up in Charlotte, his initial introduction to the construction equipment industry didn't come until later maneuvering through his passion for automotive parts.

He started his career in the automotive industry working in parts departments in retailers like NAPA, Advance Auto Parts, and car dealerships. While he was working in the service department at a Ford Dealership reading his daily newspaper, he saw an ad for a job opening at International Construction Equipment, including the phone number that lead him to Mike Douglas, Chief Design Engineer at ICE®. After successfully acquiring the new position as Parts Manager, Matt entered unknown and scattered territory.


ICE® originally housed all its infrastructure in the single building located at 301 Warehouse Drive, which Matt explained was a tad confusing if you were not familiar with their systems.
"My job coming in was to get it organized like an actual parts department.... It's gotten a whole lot better than back in the day where literally it was just parts on the shelf- no tags no nothing, and unless you were the mechanic and knew what the item looked like, you had no hope finding it."

Over the years Matt has helped upgrade and redesign the parts department to be easily accessible to all ICE® employees involved in production. By implementing a computer system matched with labeled bins, the parts department became much more approachable. Being able to find a specific part by number coordinating with bin location, eliminated confusion and wasted time. Having the world's largest rental fleet, ICE® Matthews assembly team must stay on top of timelines to meet demand. Throughout every step of machine build Matt serves as the liaison between the engineers and mechanics to bring new equipment from design to fruition.

Another aspect of working at ICE® that Matt enjoys, is it "makes him feel a part of something bigger".

"One of the things that I learned early on and didn't expect, because you don't when you have a little small town like Stallings, is just how far ICE® reaches out to the rest of the world, our equipment is all over the place. And it's built here in this tiny town."

Although ICE® has a hand in major construction projects all over the globe, Matt also appreciates the small-town moments he found at ICE®.

"We would get out here and have just a random cookout. It wouldn't be a holiday or anything special, Christian would bring a bunch of burgers, and that was pretty cool. Coming from working in a place like NAPA for a number of years, they don't care about that stuff. So, it was nice to have something a little more personal. It is still that way now we've just gotten so big, with so many people working on this site you have to plan in advance!"

Through the years ICE has provided a workplace camaraderie however, like most of us Matt finds comfort outside of ICE from his loving family. Mentioning his wife brought a smile to his face as he described how they met.

"I was working part time at this place called Schlotzsky's Deli, when I was working at another auto parts place in the evenings, and I met her she was the baker that made all the bread."
His son Zach (21), and daughter Lia (17) have only ever known their dad to work at ICE®.

Matt emits a calm knowledgeable presence, one that his coworkers find confidence in. He has played a significant role in the development of ICE® over time, helping the company grow into the industry leader it is today. The time and dedication from Matt, encourages other employees of ICE® to be efficient as possible. He aids in every aspect of the build process from initial concept, to fully finished hundred-ton construction equipment.

Matt has now served as Production Supervisor for over a year and continues to help ICE® evolve and serve at the world's #1 one-stop foundation shop.