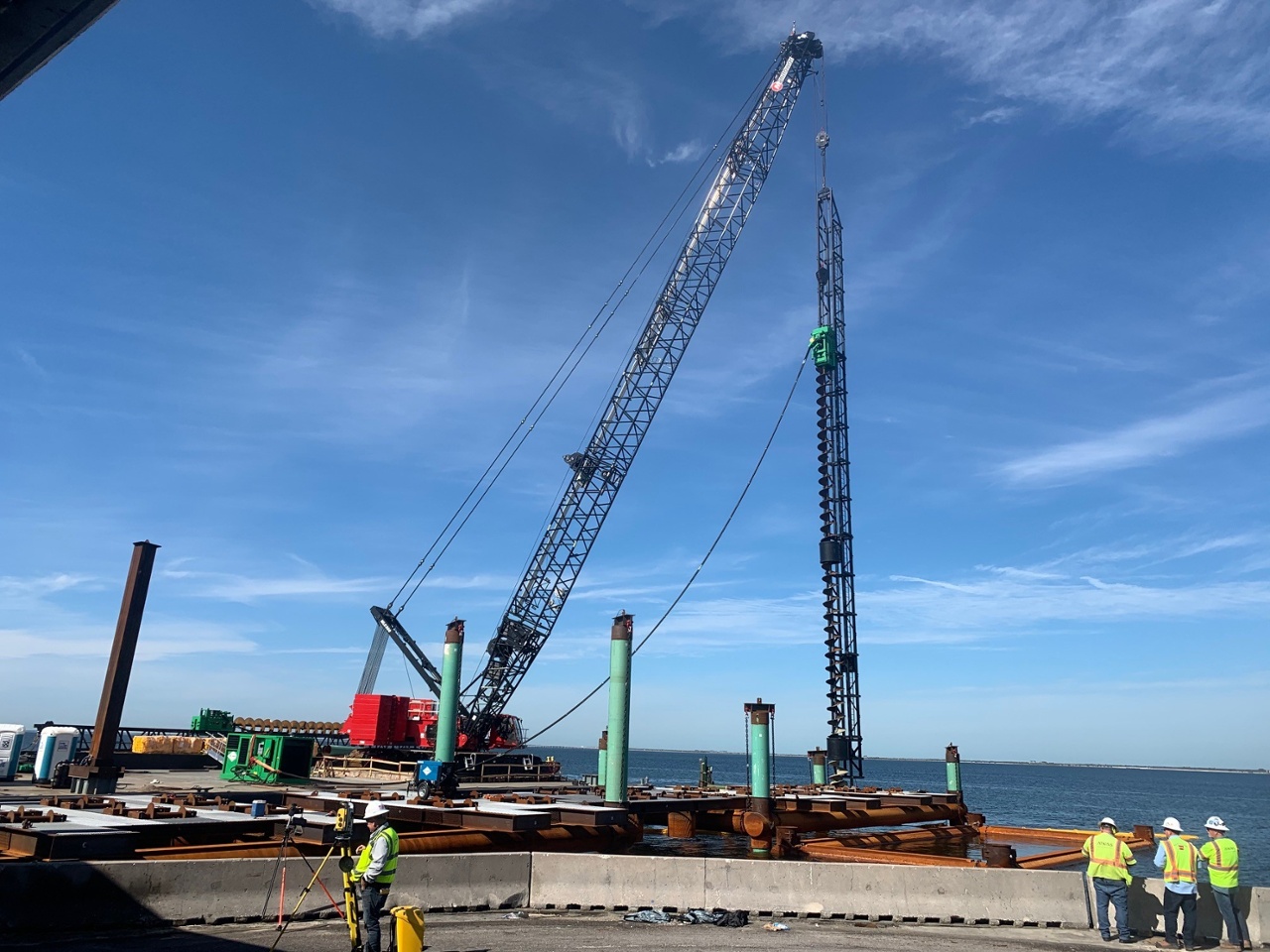 One of the busiest bridges in the Tampa Bay area is getting a complete overhaul. The Howard Frankland Bridge that connects St. Petersburg and I-275 to Tampa sees 180,000 motorists daily. The original portion of the bridge constructed in the late 1950's will be demolished once the rebuilt northbound bridge is completed. This will be no small feat, as the almost 3-mile-long bridge will grow from its current 4 -lane structure to an 8-lane bridge with two express toll lanes per direction.

The $865 million dollar project is a joint venture between Archer Western Construction, LLC and Traylor Bros. Inc. Traylor Brothers built the original southbound bridge which saw construction begin in 1987. Their familiarity with the geological foundation, as well as the unique environmental concerns helped them successfully bid the job with the Florida Department of Transportation.

This project will see over 3,000 piles driven to sustain the new bridge foundation. Currently 1,200 have been driven by many different pieces of equipment. Due to the unique nature of the soil conditions, both Archer Western and Traylor Bros. knew they would require a multitude of different foundation equipment. Taking advantage of the vast ICE® fleet, the contractors were able to find all the equipment needed to perform the job. The use of both ICE® 115-50 & 150-50 Drills allowed drilling through tough rock formations that occurred sporadically throughout the Old Tampa Bay waterway.

Many different ICE® vibratory pile drivers/extractors were also used to drive the steel piles that ranged from 60 to 220 ft in length. The ICE® 110D, 66C, 44D, and 28D all made appearances on the project to ensure the proper driving force was used as the soil conditions would change from pier placement to pier placement. The Tier Four 580T Power Units were employed as environmental concerns played a huge role on this job site. Two full time manatee observers were brought in to watch and protect the species, and all startup was performed in "soft start" mode, to warn the sea life in the area to flee to safer spaces.

When the Howard Frankland Bridge is completed in 2026, it will feature bike and pedestrian lanes, as well as eight evacuation routes that can be utilized during Hurricane season. The project also has room for growth, as the innovative designs have allowed space for expansion to add a lane for a Light Rail service in the future.

ICE® is proud to be able to supply the environmentally sensitive equipment needed for such a massive undertaking. Archer Western-Traylor Bros. JV are half-way through the installation of this vital structure that bridges the gap between speed and safety.   Going forward both visitors and residents alike can safely and quickly make their way into the Tampa Bay Area. 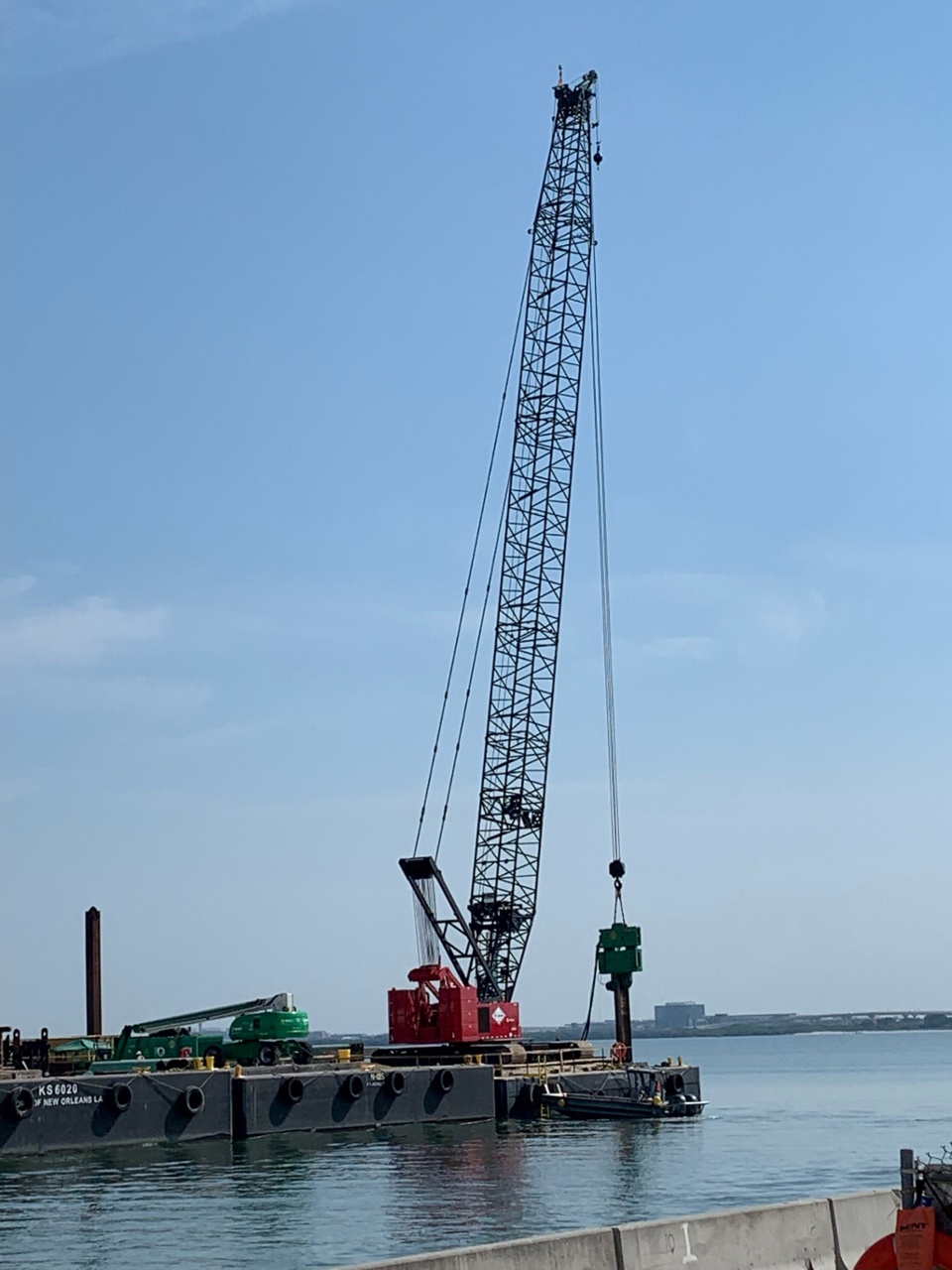