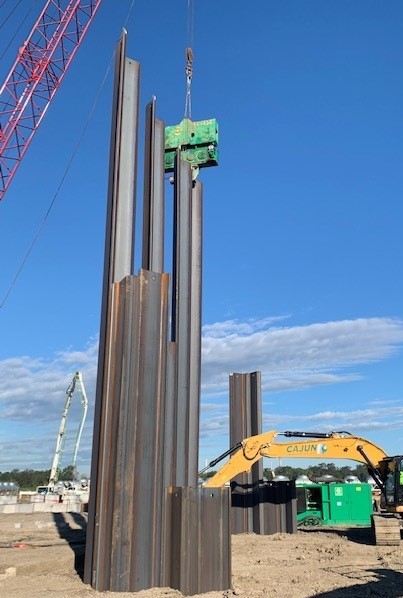 Reduces new construction to have one of the lowest CO2 emissions ever.

Methanex is a Canadian methanol manufacturer that operates two plants on site in Geismar, LA and has changed expansion plans saving them hundreds of millions. The world's largest producer and supplier of methanol had planned to build a third plant in Geismar with a budget of $1.4 billion, but after a global pandemic and reevaluation construction was stopped.

April 2020, eighteen (18) months since initial planning, Methanex has begun construction on their third plant in Geismar with a vastly different outline. The company decided to reduce the size of the third plant, bringing down the initial project budget by $500 million. The company projects a 20% increase in methanol demand over the next five years, encouraging new facilities. The budget savings were credited to the reduction in the projects execution risk profile and look to be one of the lowest CO2 emissions intensity profiles in the industry.

Cajun Industries is responsible for the construction of the Geismar 3 and has implemented an innovative dewatering process with a system of coffer dams to lessen the moisture in the soil for faster excavation. Cajun, a Louisiana-based business, is using the unmatched power of an ICE® 44B Vibratory Driver and Extractor to drive sheet pile for permanent boxes enabling the team to begin with dewatering practices for faster, more effective, and uninterrupted construction of the new facility.

The methanol mega-manufacturer anticipates having the ability to further increase shareholder distributions during the Geismar 3 construction period as the unforeseen ingenuity form Cajun Industries and their use of the ICE® 44 Vibratory Driver and Extractor has lowered the owner's construction costs from these dewatering practices - excavation to build timelines. The owner's annual production capacity of 2.2 million metric tons of methanol should see growing numbers with the completion of the new commercial operation at the end of 2023.