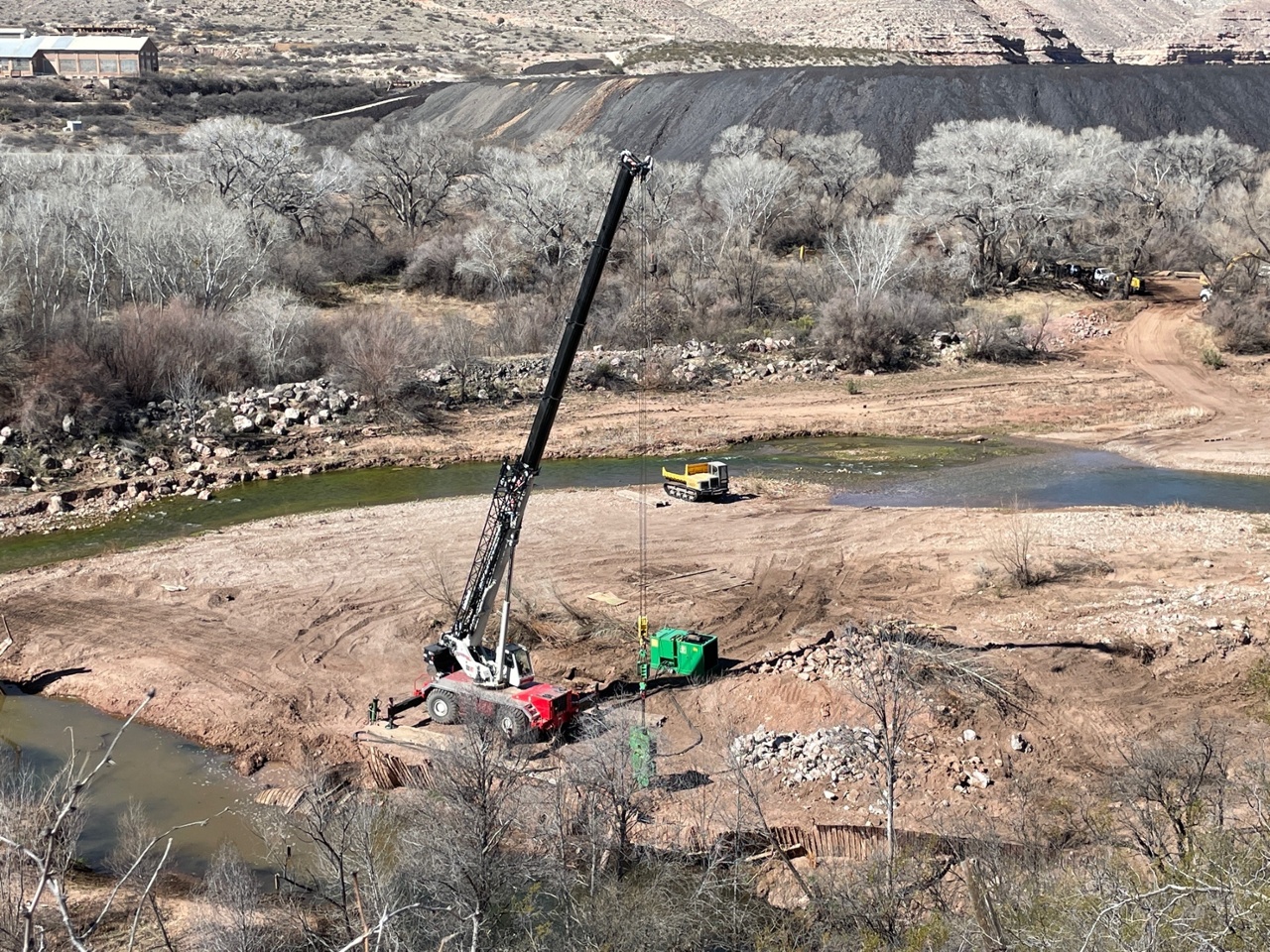 The Verde River near Clarksdale, AZ once again flows freely, thanks to the removal of a 100-year-old dam.  Built in 1914, the Clarkdale Dam was placed to separate the water into Peck's Lake from the Verde River, the water was then used by the United Verde Copper Company's smelting plant.  The Copper Plant was closed in the 1950s, however, the dam remained to preserve the artificial reservoir at Peck's Lake.  In February of 2019, the dam sustained a huge storm ripped a 30-foot breach in the dam sending 15,000 cubic feet per second of water down the Verde River.

The company who is responsible for the upkeep of the Clarkdale Dam, Freeport- McMoRan was making plans for the removal at the time of the breach.  Once the storm had done it's damage the company called in Keller North America to help in the further removal of the 320-ft long sheet wall that had created the original structure.  Sheet had been driven about 20 feet into the ground to create the retaining wall.

Keller North America was working on soft riverbed conditions, fighting against timing and environmental conditions.  The work had to be completed in between January and March, as this is when the tide was the lowest, so as not to affect the wildlife in the area.  Also, the pulling of the sheets had to be done without adding any fill into the river, creating a sensitive jobsite for a working platform.

Having worked with the ICE® Team on numerous jobsites, Keller knew that the sensitive nature of this project called for the proper equipment to finesse the sheets from the ground.  ICE® was able to provide the 22 Vibratory Pile Driver/Extractor fitted with an ICE® Dampener to help ensure the safest operations for the crew and crane in these soft soil conditions.  The equipment on site was so successful that there were no safety issues throughout the whole process, thanks to proper equipment sizing and education.

Now that the Verde River has been restored to the natural flow endangered fish, like the Colorado pike-minnow, are thriving in the river.  Keller and ICE® worked together to remove 105 year old damaged sheet piling, safely so that nature can take her course and restore the beautiful Verde River and her inhabitants.