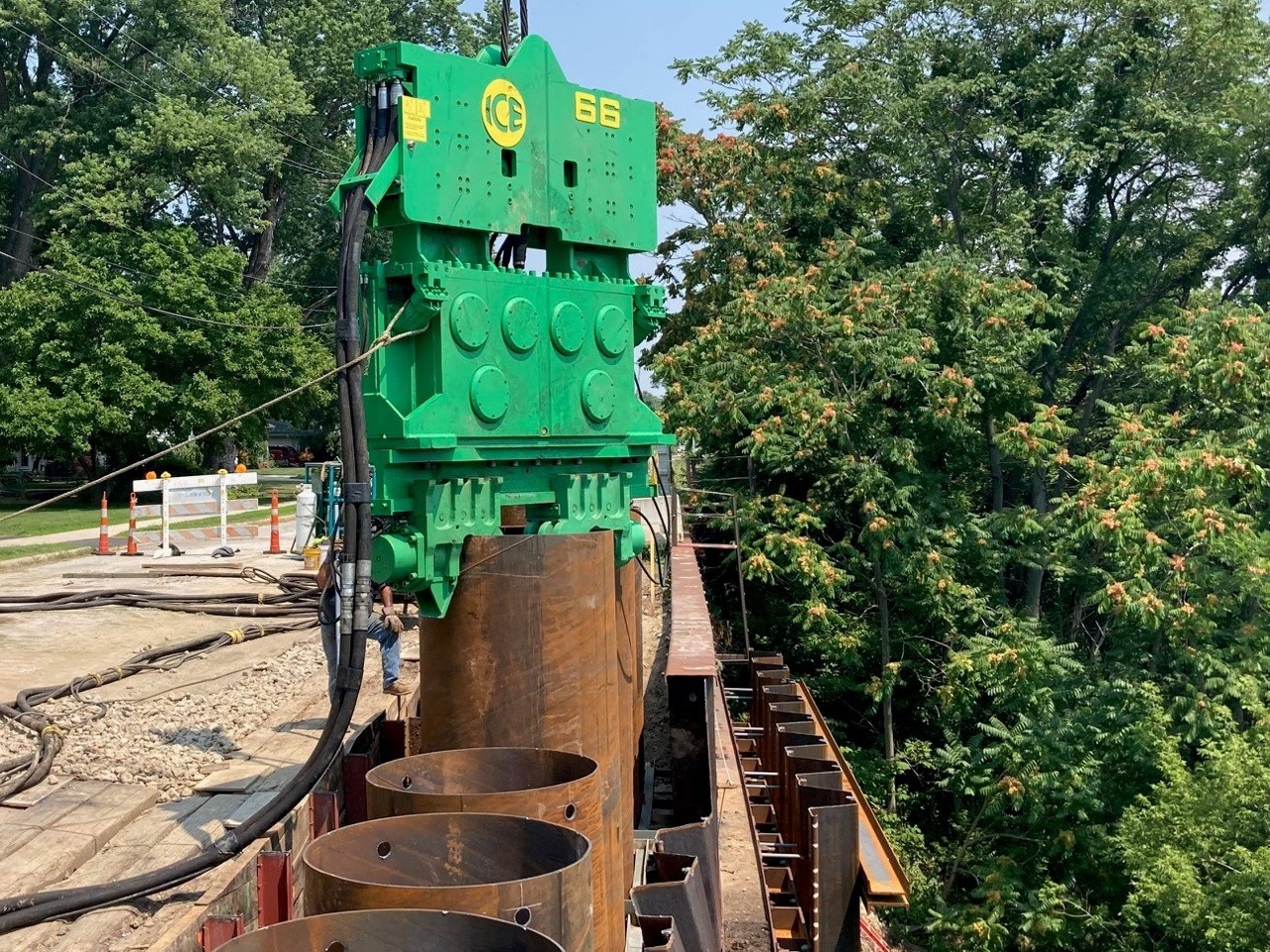 The retaining wall on Madison Avenue in Lake County, Ohio was a victim of erosion and sinkage.  The guardrail, curb, and even a portion of the roadway had sunk into the sloped embankment that dropped off into the Grand River below.  The road was closed for public safety on April 17, 2020.  During this time, the more than 20,000 residents of Painesville Township had to re-route their daily routines.

In order to re-open the roadway safely, this project required two different designs.  The Great Lakes Construction Company installed the initial phase of sheeting wall in front of the damaged one on the eastside of the embankment.   Once this wall was in place it was tied to the existing wall with horizontal tie rods.  However, after completing the sheeting wall on the eastside, it was discovered that the westside of the project was in far greater disrepair.

The second design phase was accomplished using an ICE® 66 Vibratory Hammer/Extractor.  Great Lakes Construction utilized this vibratory hammer to install a king pile caisson system with plug piles in between. After driving the 48" Spiralweld piles into the glacial till, they were drilled out to a depth of 55' and filled with a rebar cage and 4500psi concrete.  The existing failing retaining wall will be removed as the "landslide" portion of the project is transferred against the king piles.

The Great Lakes Construction Company looked to International Construction Equipment to provide the correct vibratory hammer and caisson clamp that could successfully install the 48" caissons expeditiously.  Due to soil conditions and some delays with materials this job is expected to be completed by October 30, 2021.