At the magnificent Hong Kong-Zhuhai-Macau bridge project, China Harbour used an innovative way to drive 46 sheet piles to form a half circular cofferdam at the same time. International construction Equipment, Inc. supplied the Six-1412B hammer setups, with 46 sheet pile clamps precisely positioned through special fabricated adapter plates. Successful operation with driving time less than 10 minutes. The Hong Kong-Zhuhai-Macau Bridge project is located offshore next to the Hong Kong International Airport, just north of Lantau Island. When complete it will be the world's longest cross-sea bridge linking China's southern economic hub of Guangdong Province to Hong Kong and Macao The bridge starts from the Lantau Island in Hong Kong, the Y-shaped Hong Kong-Zhuhai-Macao bridge will have a total length of almost 50 km, of which about 35 km will be built over the sea, making it the longest cross-sea bridge in the world, said Zhu Yongling, an official in charge of the project construction. The bridge will be built according to the six-lane expressway standard with a vehicle speed limit of 100 km per hour. "It is designed with a service life of 120 years. It can withstand the impact of a strong wind with a speed of 51 meters per second, or equal to a maximum Beaufort scale 16 (184 to 201 km per hour)," Zhu said. "It can also resist the impact of 8-magnitude earthquake and a 300,000-tonne vessel," he said. The entire project was estimated to cost almost 73 billion yuan (10.7 billion U.S. dollars), which would be shared by authorities on the mainland, and in Hong Kong and Macao, References http://www.chinadaily.com.cn/china/2009-12/16/content_9183542.htm http://www.hyd.gov.hk/en/road_and_railway/hzmb_projects/6835th/ 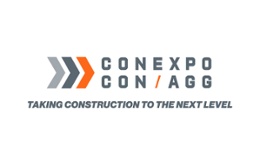